The Hall School of Journalism and Communication recently made strong showings at major regional and international conferences, earning awards in a variety of categories.

Members of TrojanVision and the Tropolitan won or placed in eight categories at the Society of Professional Journalists (SPJ) Mark of Excellence Region 3 competition. 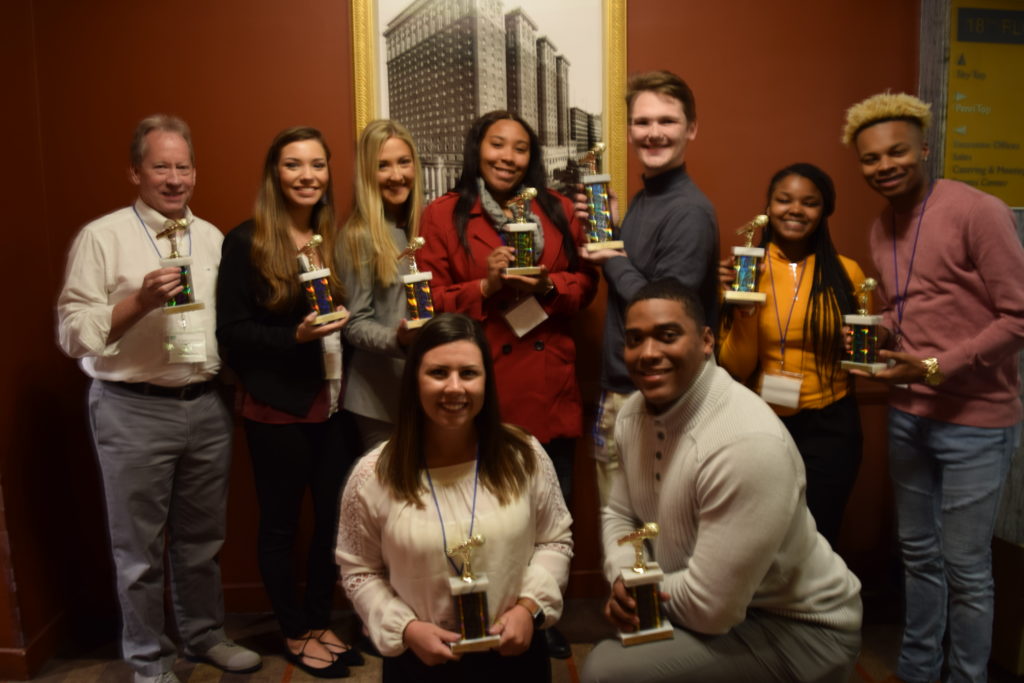 “These recent awards won by students in the Hall School of Journalism and Communication represent more evidence of why TROY has one of the best journalism programs in the country,” said Dr. Jeff Spurlock, Director of the Hall School. “Enough words cannot express how happy I am for these students and staff members. These awards also are great recruiting tools for prospective students wanting to major in journalism and communication and wishing to make TROY their home for higher education.”

TROY won or placed in the following awards at the SEJC Best of the South Competition:

Students who won awards at the SPJ competition include:

Abigail Nicholson and Chris Wallace were finalists in the editorial cartoon and feature photography categories, respectively.

"How to Name your Dragon"- Troy graduate student M

Your dream dorm called— and it wants you to clai