Terry Everett (born Feb. 15, 1937) of Enterprise, Alabama, represented Alabama’s Second Congressional District in the U.S. House as a Republican from 1993 until retiring in 2009. He was particularly interested in national security, national intelligence, the US military, veterans’ affairs and agriculture, all of which come from his long association with the Alabama Wiregrass and his own military service.

Mr. Everett joined the Air Force upon graduating from high school in 1955. After basic training, he was assigned to the 6901st Special Communication Group of the Air Force Security Service and was stationed in West Germany.

After leaving the Air Force in 1959, Everett became a reporter for the Dothan Eagle, then published two small newspapers. In 1966 he and his wife, Barbara, began publishing two weeklies, Down Home Today in Dothan and Daleville Today in Daleville. They expanded the offerings to The Enterpriser, The Army Flier at Fort Rucker, the Enterprise Daily Ledger, and the Aurora Advertiser in Aurora, Missouri. Mr. and Mrs. Everett founded Gulf Coast Media that added seven newspapers to their stable.

When Mrs. Everett completed her MS in Counseling and Psychology at Troy State University Dothan in 1988, the Everetts sold all but one of their newspapers, and in 1992 Mr. Everett successfully ran for Congress.

Congressman Everett’s most important contributions came from his chairmanship of a number of congressional subcommittees. On the Subcommittee on Strategic Forces, Everett brought together the operating budgets for US nuclear weapons, intelligence, and missile defense systems assets, and opened a national conversation about space protection. He also prevented the retirement of the U-2 high altitude reconnaissance aircraft in 2005.

After retiring from Congress in 2009, Mr. Everett became the first active or retired member of Congress to participate in the Air Force space war games. He was also appointed by President Obama to the Department of State’s International Security Advisory Board, serving throughout the tenure of Secretary of State Hillary Clinton and into the tenure of John Kerry. 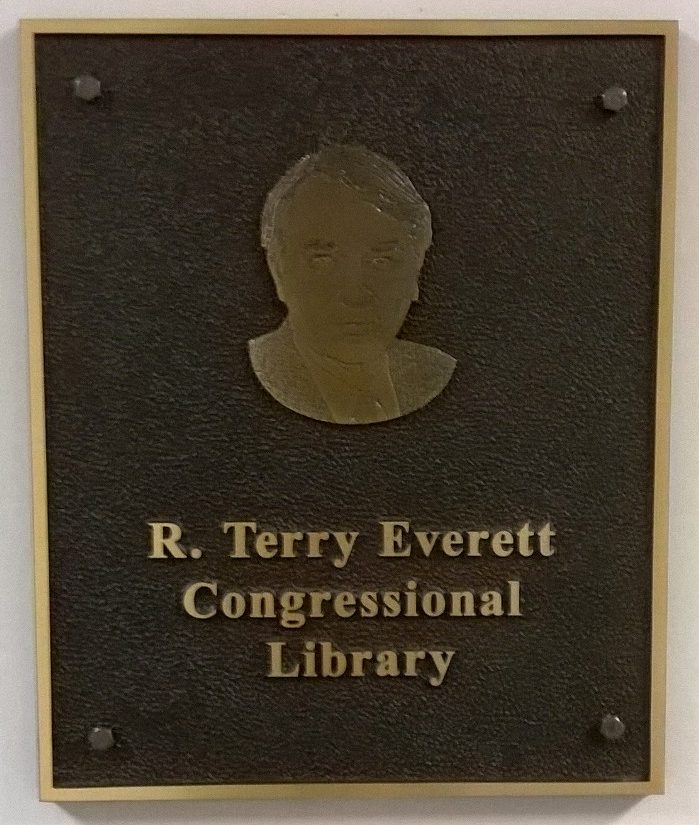 The Wiregrass Archives was created to preserve and make available Mr. Everett’s Washington office papers. That collection consists of 195 cubic feet of records organized into subject-based files concerning all of Mr. Everett’s congressional activities, constituent files (sampled) to provide evidence of how his office handled problems encountered by constituents, media files, his library of books received, and miscellaneous materials.

In 2013, Mr. Everett donated funds to the Wiregrass Archives to allow it to improve its storage capabilities and nicely appoint the R. Terry Everett Congressional Library and Reading Room. 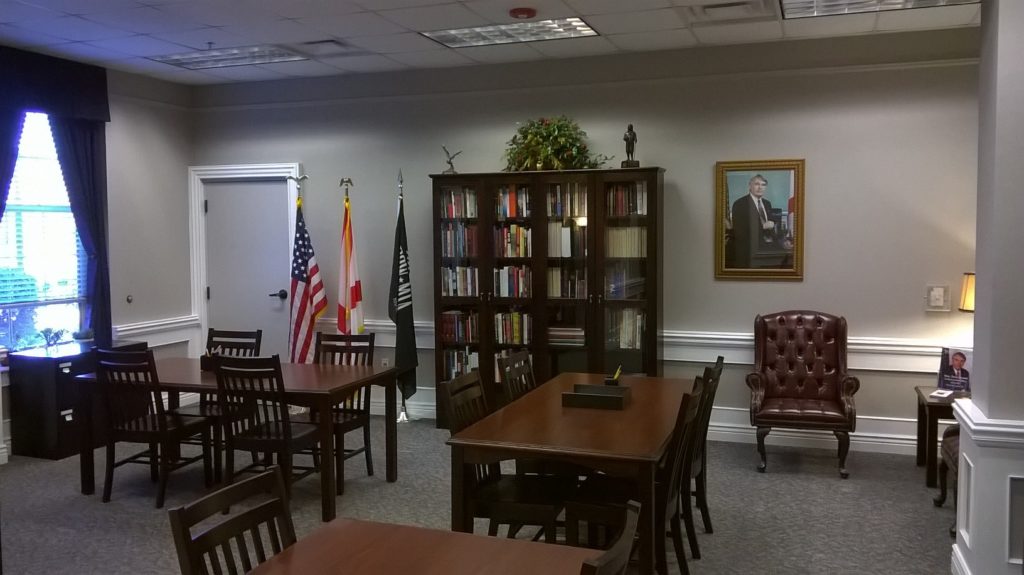 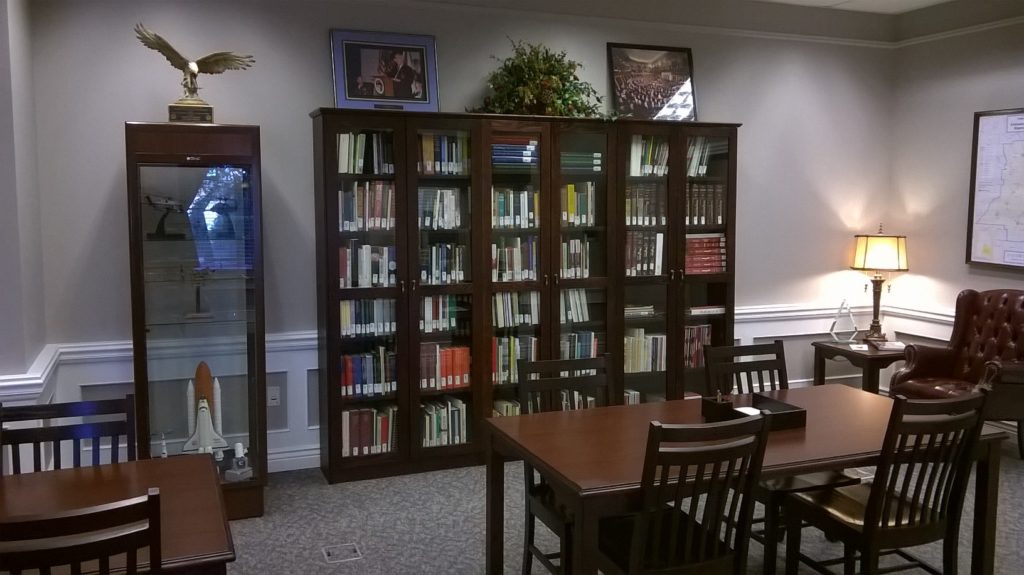 You can find out more about Congressman Everett’s work by examining the guide to his collection at https://resources.troy.edu/wiregrassarchives/inventories/329.html.

It Came from the Archives is an ongoing series spotlighting the fascinating collections at the Wiregrass Archives. To find out more, visit online at https://www.troy.edu/wiregrassarchives or in person in Everett Hall on the Dothan Campus.

Dr. Martin T. Olliff is a Professor of History and the Director of the Wiregrass Archives at the Dothan Campus.

It Came From the Archives: Alabama Midland Railroad created ‘The Iron Link’ for Alabama’s Wiregrass region

Congrats to all of today’s graduates! It was a g