Kevin Glackmeyer, who died Dec. 19 from cancer, captured the life of Troy University through his photography. (Photo/Chip Dillard)

Troy University’s Chief Photographer Kevin Glackmeyer died at home Dec. 19 from cancer. He was 61. He went peacefully in his sleep. He was a Beatle’s fanatic.

In my mind, I’ve stared at those lines for days. I have written hundreds of “obits” during my career in newspapers. I’ve written my share of “obit stories” as well. Some of those – mostly famous people or politicians — are pre-written so that deadlines can be met when the time comes. Thankfully, a few of those stories I’ve written are about friends, mentors or role models.

I’m not sure Kevin would actually own up to being anyone’s role model, but the truth is, simply, that he set a standard both as a professional photographer and a professional father, husband and friend. He was up front and said what was on his mind if asked – and sometimes even when he wasn’t. Regardless, he touched those around him in very tangible ways.

Around TROY, he achieved the pinnacle of being a part of speech.

“There are few people in this world who reach such notoriety that their name becomes an adjective. Kevin Glackmeyer is one of those people,” said Joey Meredith, a webmaster with Information Technology who moonlights as a photographer for the Athletic Department.

“As a part of a group who photographs TROY Athletics on a regular basis, we have each used the phrase ‘That’s so Kevin’ or ‘That’s a Glackmeyer way of doing it’ more than once over the course of this past season. Kevin touched many lives during his time at Troy University; sharing his zest for life and for photography with anyone who stopped by his office or saw him out around campus. His lenses have captured history. His eyes have witnessed it in person. The world is a better place because of people like Kevin; and a little worse off because he was taken too soon,” Meredith said.

It wasn’t all too uncommon to get “Kevin-ed,” either.

Former Sports Information Director J.E. “Ricky” Hazel recalled their very first meeting in 2006, as Kevin was interviewing for the position of chief photographer being vacated by Donald Norsworthy’s retirement.

“I knew we were going to hit it off. There was not a fake bone in his body,” he said. “He was a ‘what-you-see-is-what-you-get’ kind of guy. If you didn’t like hearing the truth on any subject, he was not the guy to ask.”

Hazel got to know Kevin well, even rooming together on road trips with various teams. He recalled Kevin’s quick wit and finicky eating habits (“I often worried about him on game days that were really long because he’d go all day without eating anything,” he said.) It was his wit in 2008 that nearly landed him in hot water at Ohio State, where the Trojans were playing the Buckeyes in football.

“Kevin came close to getting strip searched,” Hazel said, after a K-9 hit on one of his equipment bags. Not missing the moment, Kevin joked that he may have forgotten something that “may or may not be a bag of oregano.”

Hazel said the OSU security were not humored.

“It wound up being a can of compressed air that he used for cleaning his lenses that attracted the attention of the dogs, but things got a little tense for a few minutes,” he said.

Others recognized Kevin’s wit, and appreciated it. However, a picture of the photographer who had covered everything from the Civil Rights Movement for the Associated Press to governors to rock bands for various publications (and for himself personally), many saw was his role as a mentor and encourager.

“Kevin was my friend, the photographer for my wedding, my mentor and most of all he was like an extended member of my family. He has been a constant encourager for me as I have honed my photography skills,” said Chip Dillard, also an Information Technology staffer and part-time photographer.

“Kevin’s legacy will live on in all the photographers’ lives that he has taught and mentored over the years,” he said.

“When I first came to Troy, I had an interest in photography but didn’t know anything about what I needed to learn to shoot events like Kevin did. He helped mold me into the photographer that I am today by teaching me not only the ins and outs of photography, but of life as well,” he said.
Thurston said even when his photos weren’t great, Kevin would point out the positives of each shot to boost his confidence.

“I can’t tell you how proud I was the moment I earned enough trust from Kevin to take on a photoshoot alone. I’m going to miss such a great friend, mentor and boss,” he said. “Kevin was the TROY guiding light for my college experience.”

“Kevin was a friend, mentor, and role model. I worked beside him for five years and learned so much about commercial photography from him. He was a leader in the photography community that everyone looked up to,” Enfinger said. “Even after I graduated, he was very supportive of my work and gave me advice.”

“Kevin has been a good friend and mentor with learning sports photography at the University for the past several years. He has always made me feel like I was a part of the University family and he will be truly missed,” he said.

Director of Communication Andy Ellis, who formerly served as University Relations director, said Kevin’s knack for setting someone at ease extended beyond those he mentored with cameras.

“Kevin was the most genuine person I believe I’ve ever known. He loved his family and friends and never met a stranger, making even the most tentative photo subjects feel at ease with the process. He loved his work and it showed through in a flare that was uniquely Kevin,” he said. “The beauty of that was that through his work, we were all brought along for the ride and able to enjoy and marvel at the beauty of his photographs.

“I had the opportunity to know Kevin as a colleague and as an employee I supervised for a time. Most importantly, I knew Kevin as a friend and my life was certainly enriched and made more interesting because of it. I, like so many others, will miss him greatly,” he said.

Adam Prendergast, assistant director of athletics/communications, said Glackmeyer’s impact went well beyond the iconic images he took as a photographer.

“Kevin was an amazing photographer that I had the honor of working with for many years even before I came to Troy,” Predergast said. “Kevin captured some of the most iconic moments in Troy Athletics history and his work will be cherished by generations of Trojans. However, that is not what I will remember about Kevin. He loved what he did, he loved who he did it with and he loved his family. There was never a conversation with him that did not circle back to one of those topics. Kevin was truly one-of-a-kind and we will all miss him dearly.”

Lamar Higgins is another sideline shutter bug Kevin befriended. Higgins was once president of the SGA at TROY and, today, serves on its board of trustees. Nearly every game the Trojans play, Higgins can be found camera in hand on the TROY sideline.

“I was blessed to call him a friend and to have had him return the favor,” Higgins said. “Kevin lived, laughed, loved and was blessed with the professional talent to freeze time in his photographs. He mastered his craft with his own unique signature of creativity and artistry.”

Chancellor Dr. Jack Hawkins Jr. recognized those same traits when he brought Kevin to TROY, following his stint as Official Photographer for then-Gov. Bob Riley, the fourth Alabama governor for whom Kevin had worked.

“Kevin was a remarkable professional – he saw the world for what it should be,” said Dr. Hawkins. “His work chronicled the life of Troy University and thousands of its family members.”

“To meet Kevin was to love him. Every member of my family, including grandchildren, cared deeply for him. He will be missed,” he said.

He is survived by his wife Ashley and five children. His obituary can be viewed here.

Enjoy a sampling of Kevin’s work below. 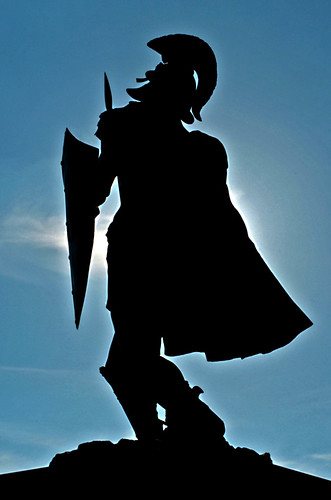 Clif Lusk is a University Relations Coordinator at Troy University.

Great to have everyone back for 2023!

First day of the spring semester! Welcome back!