Troy University’s Symphony Band presents its second concert of the spring this Sunday, and this time the band will be joined by the University’s Concert Chorale.

The concert, which is free and open to the public, takes place Sunday, March 3 at 3 p.m. in Claudia Crosby Theater.

“We don’t hear a lot of pieces from the choir and the band together, so this is a special opportunity to experience that,” said Dr. Mark Walker, Director of Bands. “It’s going to be an afternoon of really terrific music performed at a high level by our students.” 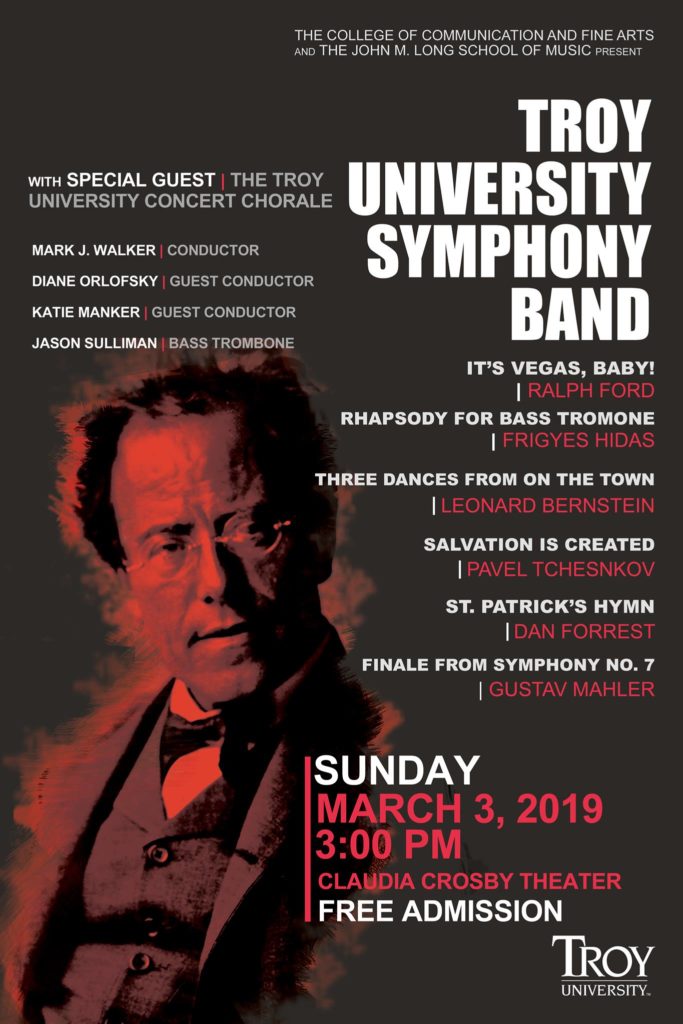 “Dr. Walker and I have collaborated several times in the past, and we always are on the lookout for well-written pieces that feature instrumental and chamber choir,” Orlofsky said. “Dan Forrest’s composition is moving, beautiful and stirring. I guarantee that the audience will be inspired by these talented young musicians.”

Walker said the band will benefit from Orlofsky’s presence.

“It’s nice for Dr. Orlofsky to conduct the students and particularly the band, and I think they’ll gain something from having her in front of them conducting. She brings a different perspective to them that will be valuable.”

A quick break for the holiday but we start back wi

Have a happy and safe 4th of July!

Haven't been to IMPACT yet? Fun times await! Ses

Some fun @butterandeggadventures during session 2