Dr. Marty Olliff's monthly feature celebrates Women's History Month through the photos of Ruth Stewart, a nurse who trained in Dothan in the 1930s.

Hospitals in Wiregrass towns were privately owned and operated until well after World War 2. At one time Dothan had four private hospitals. Two of these – Frasier-Ellis Hospital on South St. Andrews Street and Moody Hospital on North Alice Street – trained nurses to be certified by the State of Alabama and who worked throughout the Wiregrass and beyond.

Most of our knowledge of private hospitals comes from newspaper and similar accounts, so when the daughters of a former nursing student who had moved to Tampa asked if the Archives wanted her photographs and relevant papers, we jumped at the opportunity.

Nurse Ruth Law Stewart (1917-1994) was named for the famous aviator Ruth Law. She graduated from New Brockton High School in 1937, then enrolled in the Frasier-Ellis Nurse Training College, graduating in 1941. A month later, she married Art Lund and they had four children while living in Missouri and Kansas City. The Lunds moved to Tampa in 1957. Stewart only practiced nursing voluntarily, but she continued to take classes and kept her certificate current throughout her life. 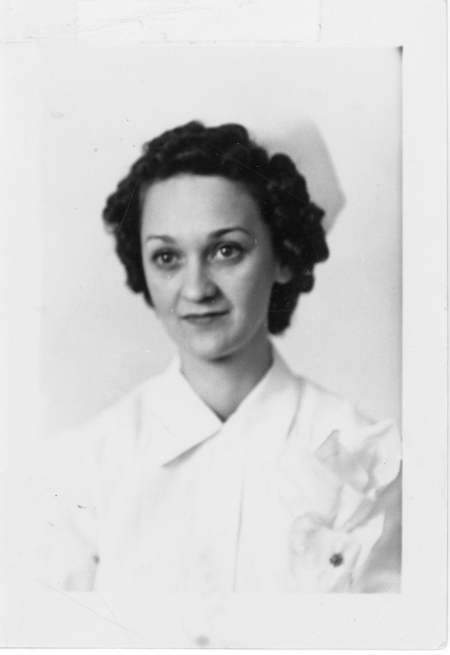 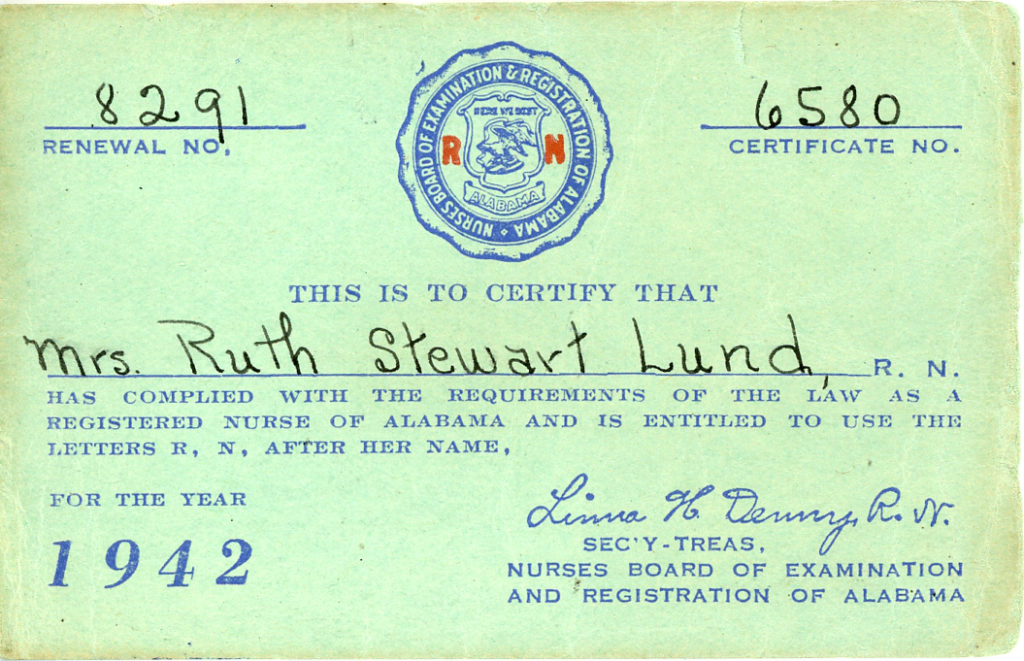 Her student notebook shows the preparations expected for a variety of surgeries – appendectomy, blood transfusion, skin graft, “application of radium,” and many others. 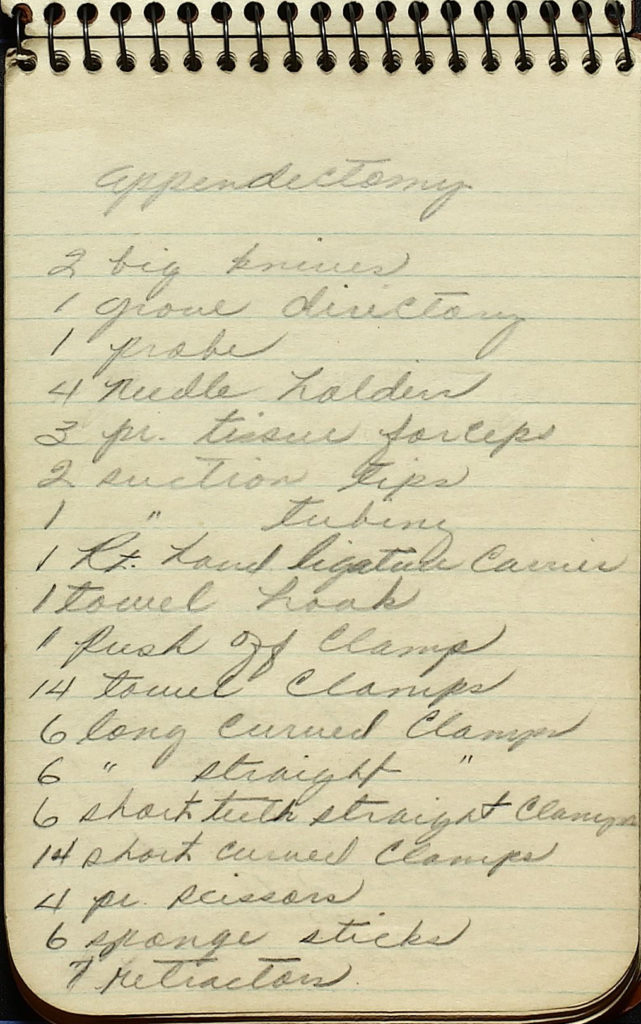 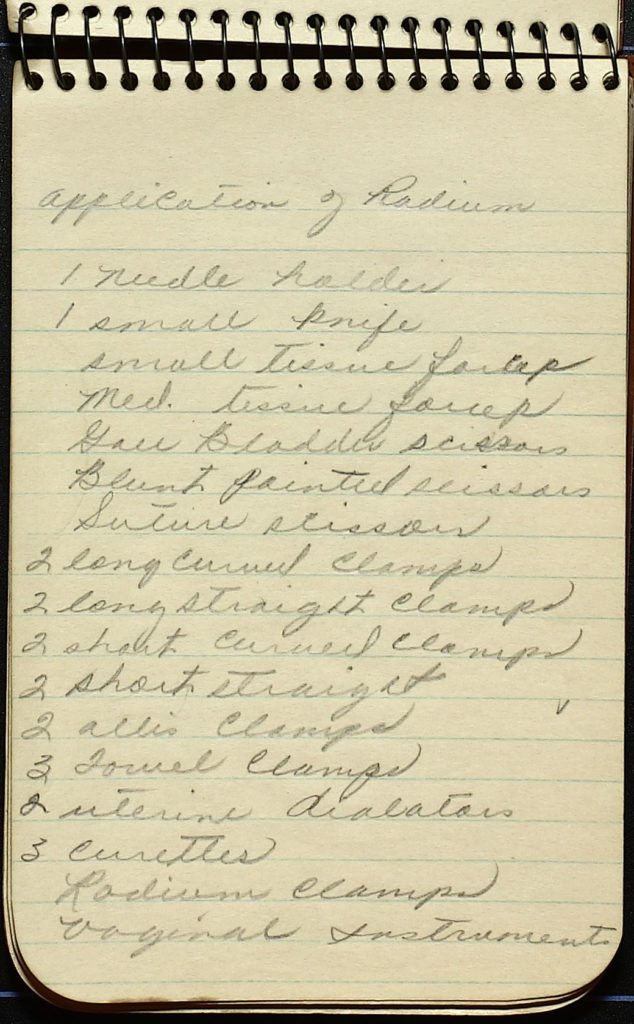 Days were long and the work was hard, for the students blended their studies with nursing tasks. But Stewart treated her tasks with humor. In 1938 she wrote a poem about “Special Duty,” patrolling the hospital halls at night. Part of it reads,

. . . But the thing that tears your heartstrings,

And destroys your sense of beauty,

Are these words, now listen closely,

“You’re to go on special duty.”

You swear you’ll quit and retire.

There’s only one consolation,

And that that is your right to be snooty.

When lights flash on along the hall,

Life as a nursing student wasn’t all work. Frasier-Ellis sponsored a softball team that played in the local league, and Stewart made the 1940 league all-star team playing second base. 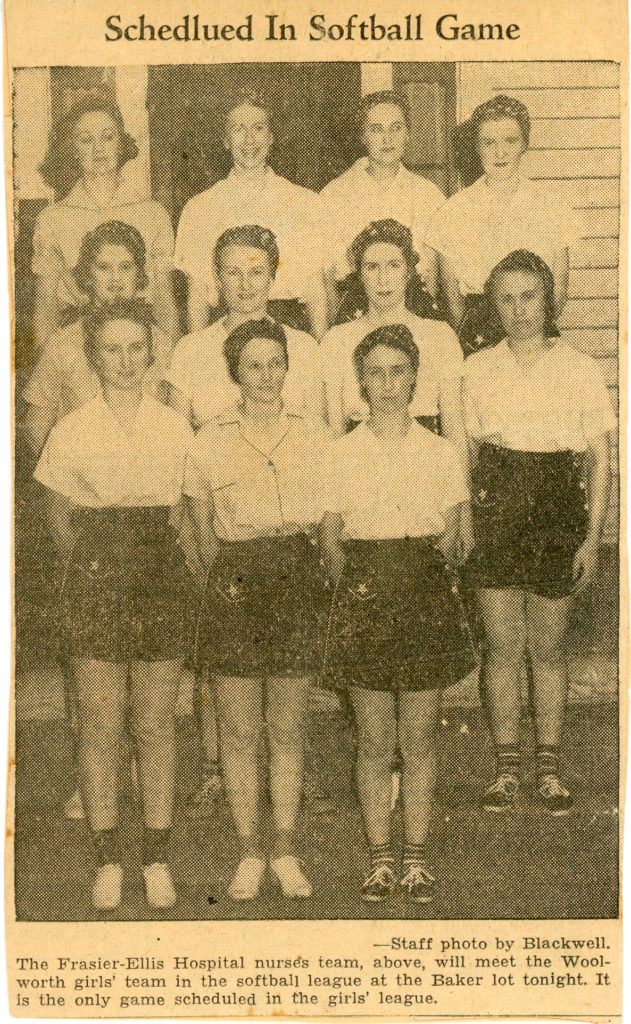 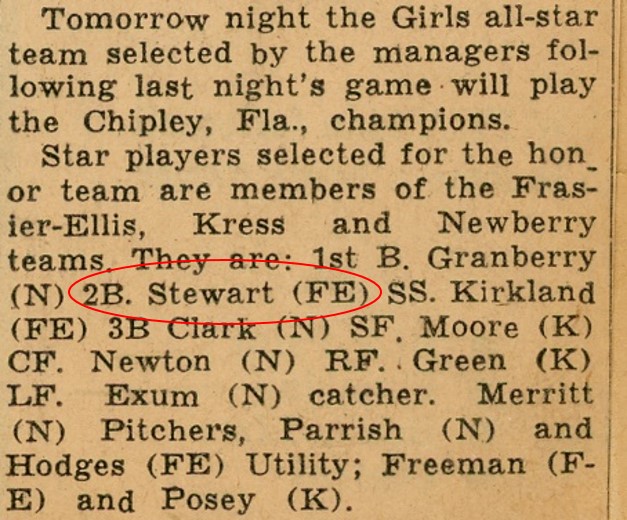 Ruth Stewart graduated on May 14, 1941, in a class of fourteen. The class scattered across the U.S., but in the 1970s began to hold reunions. Here she is in the graduating class of 1941 (possibly third from the left) and their reunion organizing committee in 1986 (at the far right). 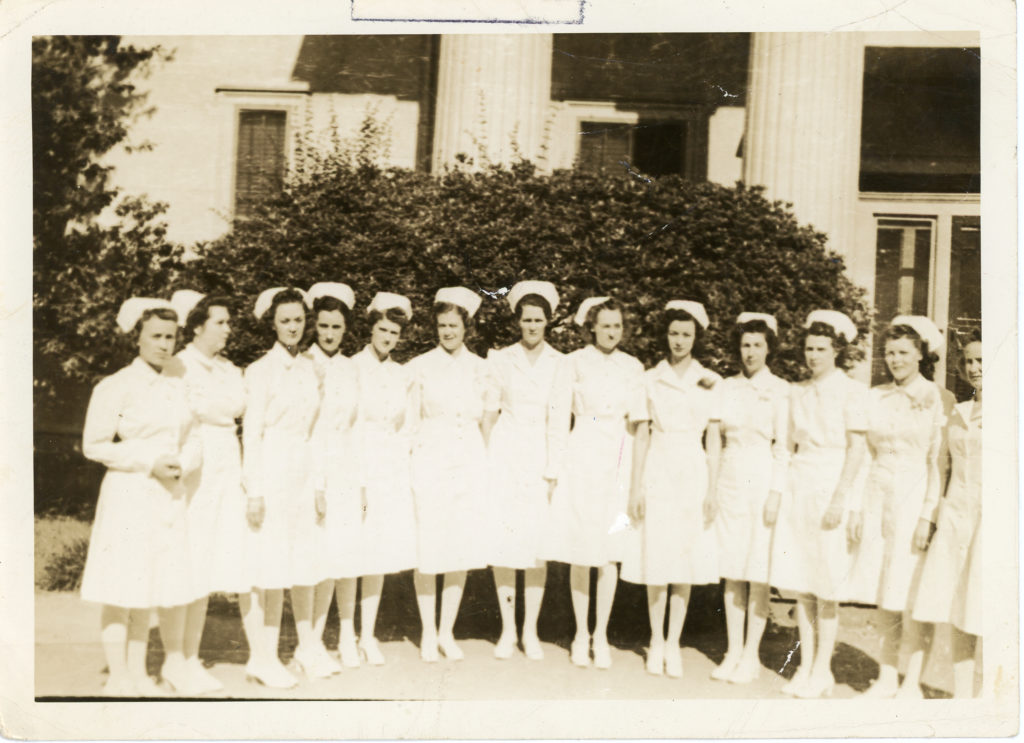 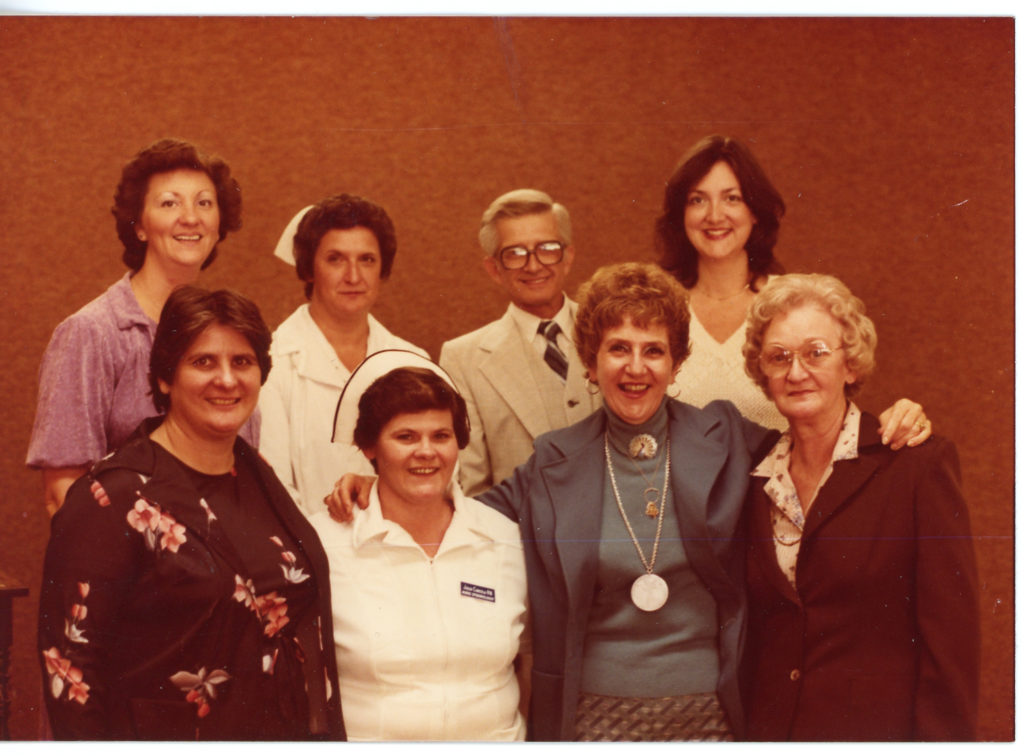 In 1920, Dr. A. S. Frasier moved his hospital practice into larger quarters in a two-story 1897 home, then expanded it and began training nurses. In 1928, Dr. John T. Ellis joined him, they named the business the Frasier-Ellis Hospital in 1934. It continued in operation until 1960, then became a nursing home until 1976. It was demolished in 1984 to allow a modern expansion of Extendicare nursing home and rehabilitation facility that remains in operation.

It Came from the Archives is an ongoing series spotlighting the fascinating collections at the Wiregrass Archives. To find out more, visit online at https://www.troy.edu/wiregrassarchives or in person in Everett Hall on the Dothan Campus.

Dr. Martin T. Olliff is a Professor of History and the Director of the Wiregrass Archives at the Dothan Campus.

It Came From the Archives: Alabama Midland Railroad created ‘The Iron Link’ for Alabama’s Wiregrass region